Europe is optimistic about the economic recovery, with its growth forecasts rising sharply. The monetary union’s economy could return to pre-pandemic levels by the end of this year rather than early next year, as previously predicted.
As a layperson, I only wonder if this euphoria is just Revenge Spending i.e. the behaviour of consumers who emerge from isolation to spend more than they used to before the pandemic, perhaps driven by resentment at having been forced to eat their own food or wear last season’s clothes.
I hope to be proved wrong by next semester’s results confirming that growth is well established and therefore has a solid basis.

As far as the world of manufacturing is concerned, it is interesting to note that, as has recently been pointed out by the Aras Corporation – an American developer and publisher of product development software, Aras Innovator, every company in every industrial sector will, sooner or later, have to face a path of digital transformation. Innovative technologies, new market dynamics and unprecedented business models are the three drivers, which, linked together, are driving it and influencing the way in which products are finally produced.
New technologies, implemented to improve production capabilities and competitive advantage, are introducing complexity into the development process and new needs for the industry.
There is a growing search for new suppliers and partners, new equipment and methodologies, new demands on quality, inspection, testing and performance, all further complicated by the fact that the new technologies used have often not had the time to be effectively tested.
Added to this is the need to bring new product technologies to market faster in order to beat the competition and the resulting problems faced by quality and production teams.
The newer, more modern and innovative organisations are able to drive digital transformation initiatives more effectively. It is expected that organisations with differentiated products and business strategies will easily outperform the current market leaders in each sector. Positions that could quickly revolutionize due to emerging competitors who, having no existing legacy technologies and a manufacturing history that limits them, have the strength to possess new lean approaches to production.

As regards our industry, there is great expectation for the next Silmo in Paris, to which a large part of this issue of our magazine is dedicated. The numbers in terms of exhibitors and visitors will, unfortunately, be smaller than in the past, but I feel a great deal of enthusiasm, as well as the desire to be truly operational again.
A bientôt! 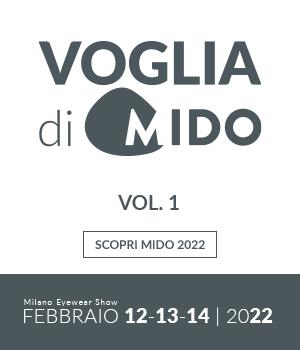 This site uses technical and third-party cookies. By continuing to browse without making changes to your settings, you confirm that you want to accept all cookies used by our site. For more information, please read the section dedicated to managing cookies.
Read our cookie policyACCEPT
Gestisci consenso

This website uses cookies to improve your experience while you navigate through the website. Out of these, the cookies that are categorized as necessary are stored on your browser as they are essential for the working of basic functionalities of the website. We also use third-party cookies that help us analyze and understand how you use this website. These cookies will be stored in your browser only with your consent. You also have the option to opt-out of these cookies. But opting out of some of these cookies may affect your browsing experience.
SAVE & ACCEPT